The “Special Concert” series initiated by Borusan Holding in 2006 aims at providing funds to cover scholarship for young talented musicians to study abroad. As part of this project, a leading figure from the arts and business world takes the baton to conduct the Borusan Istanbul Philharmonic, which is the major constituent of this project in exchange for their donation.

Annually held, the first “Special Concert” was realized on February 9, 2006 under the baton of Mr. A. Ahmet Kocabıyık, Chairman of Borusan Holding and continued with Mr. Rahmi Koç, Honorary Chairman of Koç Holding in 2007 and Mr. Bülent Eczacıbaşı, Chairman of Ezcacıbaşı Holding in 2008.

The year 2010 marked a new approach to the project both in respect of the conductor and its structure. The conductor of the last “Special Concert” was Cem Yılmaz, one of the leading figures of the Turkish entertainment world, and the concert, which was previously given to a privately invited audience, was sold to general public thereby enabling everyone to contribute to the project indirectly. No donation was taken from Cem Yılmaz. Upon his phenomenal success, Yılmaz was invited for the second time in 2011. The last guest conductor of BIPO, for two years in a row, was veteran theater actor Ali Poyrazoğlu who conducted pieces from Bizet’s Carmen and amazed the audience with his costumes and theatrical show. Poyrazoğlu, reappeared in 2014 to present a colorful program including excerpts from Rachel Portman’s opera The Little Prince based on Antoine de Saint-Exupery’s book Le petit Prince. 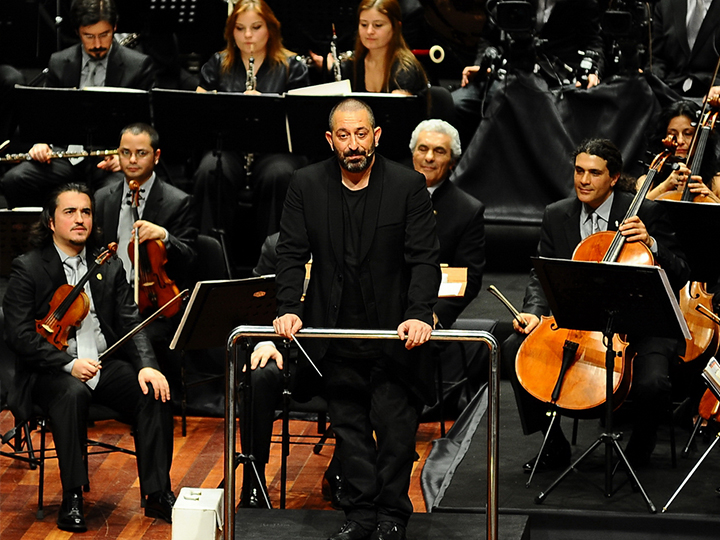