Borusan Sanat is Ready For The New Season!
• NEWS

Borusan Sanat, which has thus far offered a colourful programme every season, will continue to hold concerts in a safe environment. This season, with the belief that measures against the global pandemic should be implemented at the highest level, Borusan Sanat continues to protect music, art, and artists while also not compromising our sense of responsibility to our audience by performing all concerts closed to the public. Borusan İstanbul Philharmonic Orchestra's concerts, which are 12 concerts per season, has been increased to 28 concerts this season, including 24 live radio broadcasts and 4 radio recording broadcasts. Also, 4 live radio broadcasts from Borusan Quartet and 6 concert recordings from Borusan Music House will be broadcast on the online platform starting in December.

The power of the radio and sound…

Borusan Sanat is re-exploring the power of radio and sound in today's world dominated by screens and digitalization. Borusan İstanbul Philharmonic Orchestra's Opening Concert will be broadcast live at 19.00 on Thursday, October 15th on Borusan Klasik radio, which streams online from karnaval.com. In today’s world where digital production and our dependence on screens are under scrutiny, the fact that all Borusan Sanat concerts will be broadcast live on the radio will remind us of the power of sound and hearing, and perhaps more importantly, imagination.

BIPO is opening the new season with a programme of masterpieces by three great composers. The season opens with Gustav Mahler, who can reach eternity with each of his unique symphonies, Beethoven with his ingenious work Grosse Fuge structured and crafted for string instruments, and Mozart, the grandmaster who is the farthest from our time yet closest to our hearts. Sascha Goetzel will be conducting the BIPO for the Opening Concert on October 15th. The live radio broadcast will begin at 19.00 on Borusan Classic with the programme consisting of Mahler's Adagietto from Symphony No. 5, Beethoven's Grosse Fuge Opus 133 for Strings and Mozart's Symphony No. 40.  You can listen to Borusan Classic on karnaval.com.

All concerts at Borusan Music House will be broadcast online

Since its foundation, Borusan Music House has brought the new and revolutionary in music through the community and artists it welcomes to enthusiasts and those who wish to explore. This situation has become part of the identity of Borusan Music House, one of the first places that comes to mind when it comes to innovation in music. With its doors open to new trends, styles and different approaches and its iconic location in the heart of Beyoğlu, Borusan Music House has realized numerous collaborations during its many seasons, which starts in November and lasts until May. 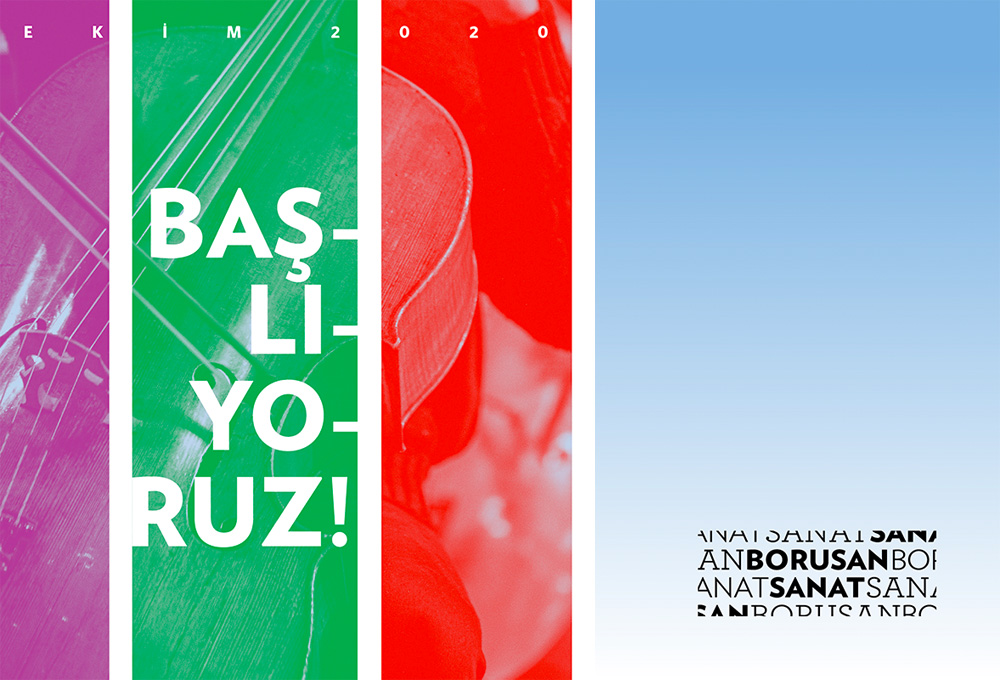 Borusan Music House, which hasn’t slowed down even during the harsh days of the pandemic, has continued to reach its followers by welcoming its guests to Borusan Classic. Many musicians including Sumru Ağıryürüyen & Orçun Baştürk, Murat Sezgi & Çağıl Özdemir, Şevket Akıncı, Gülşah Erol, Korhan Erel, Eray Aytimur, Hezarfen Ensemble, Amy Salsgiver (sa.ne.na), Mercan Dede, Necati Tüfenk & Can İnandım and Berke Can Özcan have prepared special programmes for the listeners of Borusan Classic that was met with growing interest until the end of July.

In the new season, different sounds of music will reach the audience again! The second season of Borusan Music House programme on Borusan Classic radio will be broadcast from the second half of November with the participation of Anıl Eraslan, Nağme Yarkın, Baturay Yarkın, Hakan Ali Toker, Ali Perret, Esra Alto and Batur Sönmez.

Also, Borusan Music House will hold new concerts closed to the audience that will be recorded with care, which will meet with the audience with broadcasts to be made through the online platform starting in December. These concerts will include special projects such as the concert of Güç Başar Gülle's album Reverse, the concert of TÖZ TRIO's second album, which will be performed with Hezarfen Ensemble for the first time at Borusan Music House, and Diskant Ensemble’s concert consisting of İlhan Usmanbaş’s works.

Let’s Start!
All 24 BIPO, 4 Borusan Quartet and all Borusan Music House concerts will be broadcast live at Borusan Classic and will be available to view online from the first weeks of December. We would like to thank Borusan Oto İstinye 9.55 Hall, which has allowed our recordings to take place under difficult circumstances. We wish you all a pleasant season.