Borusan Sanat announces the program of the 2017–2018 season during which BIPO will give 12 concerts at its home venue Istanbul Lütfi Kırdar ICEC and Borusan Quartet 4 concerts at the Süreyya Opera House.

Two stars and a premiere for the opening
In addition to performing the staples of the repertoire, BIPO continues to make world and Turkey premieres of new works in the coming season. The season opens on 19 October 2017 at the Istanbul Lütfi Kırdar ICEC with two starts of the classical world: Daniel Hope and Vadim Repin with whom BIPO performed before. The virtuoso violinists will perform at the world premiere of Mark-Anthony Turnage’s new concerto for two vioins, “Shadow Walker”.

Prokofiev Marathon
Pianist Alexei Volodin, who performed with BIPO a few season’s back, embarks on a challenging journey to perform all of Prokofiev’s piano concertos in two concerts.

A rising star for the New Year’s Concert
The New Year’s Concert is, perhaps, the most eagerly awaited occasion in BIPO’s seasons and this year it features a talented rising star of the classical scene: young conductor Lorenzo Viotti, who, just at the 27, proves to be a promising name of the future with the prestigious awards he garnered and successful appearances conducting leading orchestras.

Great composers
Shostakovich and Prokofiev make their mark on this season’s programs with their works and they are followed by symphonic works of Berlioz, Mozart, Tchaikovsky, Debussy and concertos of Mozart, Elgar, Spohr, Khachaturian and Penderecki, whose Trumpet Concerto will receive its Turkey premiere. Finally, BIPO’s Mahler journey, which maestro Goetzel particularly engages the orchestra in, goes on with the composer’s Symphony No.10. Wagner’s Lieder will also leave their mark on the vocal aspect of the season program. 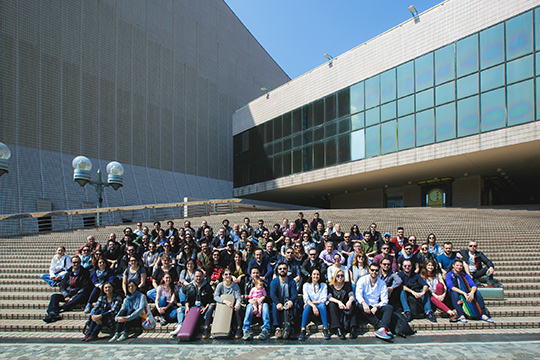 Leyla Gencer, on the 10th anniversary of her passing
BIPO’s memorial concerts for the 20th-century Turkish diva Leyla Gencer will be more meaningful this season. Leading sopranos of Turkey will come together for the concert titled “Donizetti Queens” to perform arias from Anna Bolena, Roberto Devereux and Maria Stuarda, all of which have a special place in Gencer’s repertoire. The memorial concert will also see the launch of the English edition of renowned Italian musicologist Franca Cella’s originally Italian Romanzo vero di una primadonna (1986) on Leyla Gencer with the support of Borusan Sanat. The 2018 edition of the International Leyla Gencer Voice Competition will also be realized with the support of Borusan Sanat.

The Borusan Quartet
Turkey’s beloved chamber ensemble Borusan Quartet will perform works of composers from different eras ranging from Ravel to Shostakovich, Schönberg to Brahms with names such as Başar Can Kıvrak, Elçim Özdemir, Dorukhan Doruk and Tatjana Masurenko as their guest soloists.

Tickets
The ticket sale for the 2017–2018 season will start on October 7th, 2017. BIPOCARD Classic and Gold holders will have the privilege of buying tickets in advance and with discounts. Detailed info on BIPOCARD can be found at: www.borusansanat.com/bipocard.