In collaboration with KOD Müzik 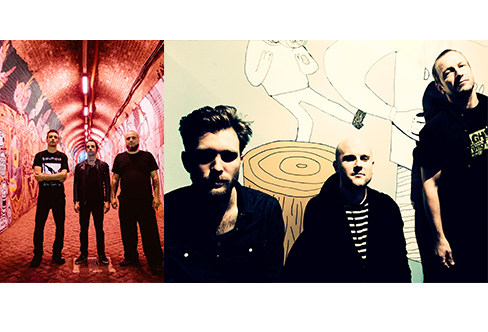 Borusan Sanat and Kod Müzik’s collaboration, the Nova Muzak Series, which started in November 2011 continues to enliven our lives with alternative names who refuse to be background music to us. So in this 17th edition of the Nova Muzak Series, we will be seeing the Swedish Fire! and Italian band Zu for the first time in Istanbul.

FIRE!
Established in 2009, Fire! is one of the products of Swedish saxophonist Mats Gustaffson, who is undoubtedly one of the most active and productive musicians of the underground jazz world. He first came to attention in the 80s with his performance in Sven-Åke Johansson’s band and went on to set up his first band GUSH in 1988 after duo improvization adventures with Christian Munthe. His frequent visits to USA in the 90s brought him in contact with the Chicago jazz scene and he recorded tens of albums with names like Ken Vandermark, Hamid Drake, Michael Zerang. His career includes some incredible 1800 concerts and over 200 albums which was honored by the Nordic Council Music Prize in 2011. He founded FIRE! with bassist Johan Berthling and drummer/percussionist Andres Werliin.

ZU
Zu is one of the few Italian bands that have never lost their enthusiasm when performing their artful music for the last fifteen years. Blending different genres and disciplines like metal, no-wave, math rock, noise, avant-jazz and electronica, they have performed over 2000 times in Europe, Russia, Asia, Canada, Mexico and even Africa. They have shared the stage with bands like Sonic Youth, Lightning Bolt, Fantomas and The Locust and took part in collaborative projects with famed musicians of different genres. Giving a long break after their 2009 album Carboniferous, which was considered by many as one of their best works, the returned with The Left Hand Path with the avant-blues noise rock band Oxbow’s soloist Eugene Robinson which was followed by Cortar Todo this year.