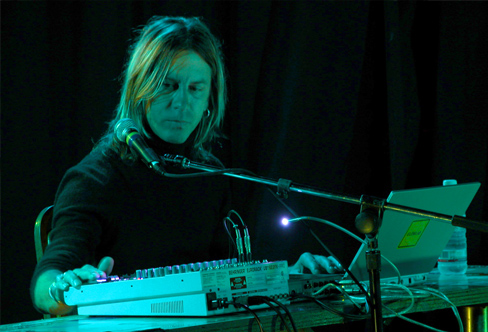 In collaboration with KOD Müzik

The evr-fresh Nova Muzak Series welcomes the new year with two alternative names: William Basinski, who is known for his site-specific performances and Dopplereffekt, the cult duo of the electronic music scene.

WILLIAM BASINSKI
William Basinski is undoubtedly one of the most respected names in the history of avant-garde music with boths the tools he uses and the effect of melancholy he infuses to his music. After a formal education on clarinet, saxophone and composition, with inspiration from Steve Reich and Brian Eno, he went on to create a totally unique musical language in late 70s. He used old tapes and reel-to-reel recorders, distorting, slowing and cutting them to create endless short repetitions and turned our pastoral memories, experiences and noises into minimal compositions. His first album Shortwavemusic was published in 1983 by Raster Noton and others followed. His 9/1-inspired Disintegration Loops is considered as one of the most important experimental recordings in the last three decades. For his performance at the Borusan Music House, Basinski will present his music while his long-time friend James Elaine’s images accompany his tunes.

DOPPLEREFFEKT
If you want to wander around the climax of electronic music, Dopplereffekt will be the right choice to listen. Founded by Gerald Donald who is the other half of one of the most important electronic projects Drexciya, the duo released many remarkable singles and EPs successively between 1995-1997. The music they make is cool, abstract, dystopic but also includes political messages and does not address the dance floor exclusively. Appreciated by Jeff Mills, Aphex Twin, DJ Hell, Herbert and many other DJs and also producers, the records of Dopplereffekt are released by Deejay Gigolos after a while. The duo remained silent between 1993 and 2003 and released two albums from the prestigious electronic music company Rephlex. They made a remarkable return to the music scene and produced successful EPs. Dopplereffekt plays their audio-visual sets on which they have been working for a long time, not only at clubs and festivals but also at places such as art galleries and centers. So, one of those performances is a part of Nova Muzak series winter 2016 program.