Mozart’s String Quartet in C Major KV465, nicknamed “Dissonance”, is noted especially for its introduction, which is dominated by a constant tonal search. The work bears timbres beyond its time, from a totally different century. Yet, the musical language of the era in which it was composed, i.e. the 18th century, can be heard in the 23rd bar. Mozart says in a letter to his father, celebrating his birthday, “I wish you a life long enough to see the times when nothing new can be composed in music.” String Quartet in C Major is perhaps an experiment to see how those times will be like.

The second work on the CD is the String Quartet in E minor by Giuseppe Verdi, whom we know mostly for his operas. Verdi had been to Naples at the end of 1872 for a performance of his opera Aida, but when the performance was delayed due to some mishaps, he had to find something to pass time, so tried his hand at a field he had not tried before and composed this quartet. It is as if Verdi proves with this work how he has mastered the works of Haydn, Mozart, and Beethoven. Initially he did not want to publish the quartet, but he eventually gave in to the insistence of his publisher. The quartet is shown as a best proof of Verdi’s proficiency in chamber music – not any less than in opera.

The CD was recorded in Switzerland. The design is by Gözde Oral, the programme notes by Aydın Büke, and the photographs by Özge Balkan. 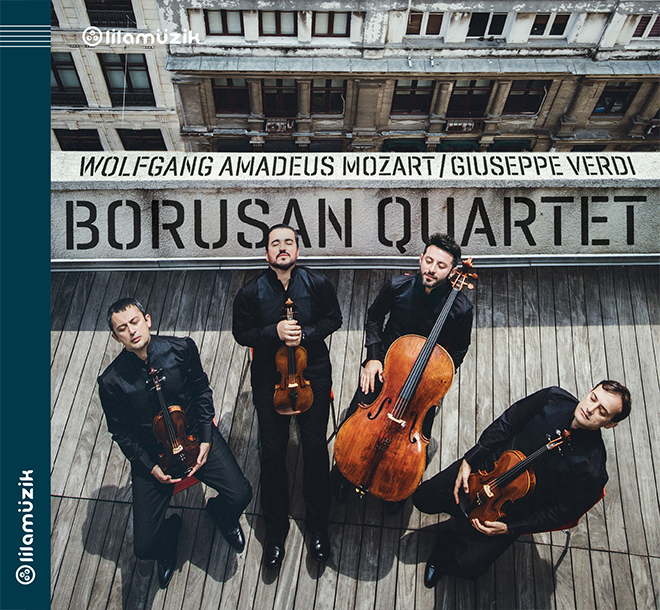