Born in Vienna, Sascha Goetzel had his first violin lessons with his father at the age of five, and at eleven his first conducting classes with Prof. Richard Österreicher. At 19 he was a member of the Vienna State Opera, where he was given decisive impulses by great conductors such as Zubin Mehta, Mariss Jansons and Seiji Ozawa. Further studies followed with Jorma Panula and at 24 he assumed the musical direction of the Austrian-Korean Philharmonic in Vienna.

He has been Artistic Director and Principal Conductor of the Borusan Istanbul Philharmonic Orchestra for 10 years and achieved high artistic standards and international recognition within a few years for this hitherto barely known body of musicians, which has performed at the Salzburg Festival (2010), made a brilliant debut at the BBC Proms (2014) and had its first major European tour in 2017.

Countless international reviews underscore his charismatic personality and stylistic security, which ranges from pre-classical to contemporary music, and which has given him the ability to draw peak performances from orchestras. He is an acclaimed and highly experienced opera conductor and has been regularly invited to conduct at the Vienna State Opera. Singers with whom he has worked include Placido Domingo, José Carreras, Anna Netrebko, Renée Fleming, Joyce Di Donato, Joseph Calleja, Piotr Beczala, Juan Diego Flores, Thomas Hampson and Michael Schade.
His spectacular work with the Borusan İstanbul Philharmonic Orchestra has been documented in four CDs released by Onyx. The first featured orchestral works by Respighi, Hindemith and Florent Schmitt, the second is entitled Music from the Machine Age, a third recording featuring Rimsky-Korsakov’s Scheherezade and other Western works with oriental influences was awarded “5 stars for the performance and 5 stars for the sound” by BBC Music Magazine. A 2014 recording of works by Bach and Schnittke with the Orchestre de Chambre de Paris and Deborah and Sarah Nemtanu, and CDs in 2015 and 2017 for Deutsche Grammophon with his Borusan Istanbul Philharmonic with accordionist Ksenija Sidorova and violinist Nemanja Radulović have been added to a varied and fascinating discography. The latest CD with the Borusan İstanbul Philharmonic Orchestra has recently been released: a double concerto for Vadim Repin and Daniel Hope commissioned by the orchestra from Mark-Anthony Turnage, and Berlioz’ Symphonie Fantastique, recorded live in Vienna’s Musikverein. 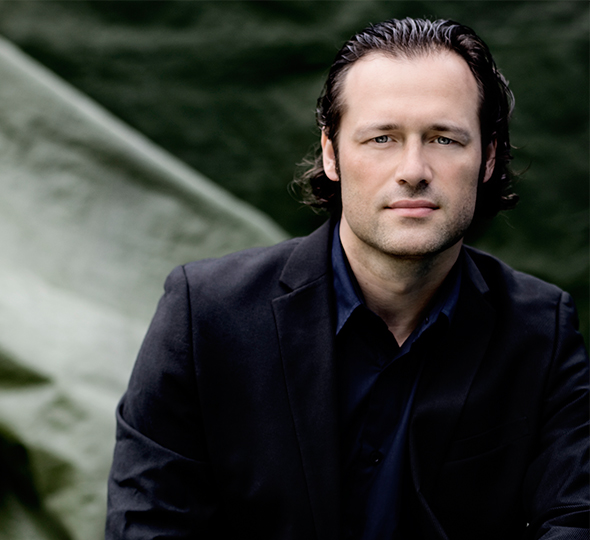 Engagements in the new season include the symphony orchestras of Bogota, Colombia; Vancouver, Bari, Cluj, the Gelders Orkest and Royal Philharmonic, his debut at Zurich Opera, the television favourite “Christmas in Vienna” and “West Side Story” in Austria’s vast lakeside venue in Mörbisch. Sascha Goetzel was recently appointed Principal Guest Conductor of Sofia Philharmonic.